Teach your Children the Real meaning of Christmas! 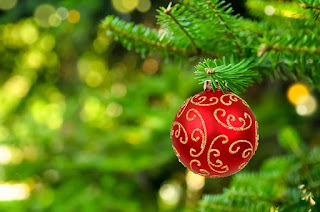 Let me start off  by saying if Christmas has become too secular for your tastes do not let it color your view; ultimately Christmas is about you and what is in your heart. Let's look at some of the traditional themes of Christmas and how you can share them with your children.

The real Nicholas was a Christian Bishop. He lived in the late 3rd century. He saw so much poverty and sickness he worked to help the poor and the sick  After his death the legend of Santa Claus followed his giving nature. Every country has their own customs surrounding the mythical Santa.  However, the original St. Nicholas lived when Rome was still and empire.

Candy Canes were originally just white sticks of candy. A German Catholic Priest In 1647 started handing them out to children to get them through the long mass on Christmas Eve. Another person a candy maker wanted to decorate his tree with them so He curved them. The candy cane did not make it to the  US until 1847. Then it was still a white hooked candy.. Before 1900 all pictures with the treat where white. The pictures with the red and white were shown after 1900. There is no official time or person to attribute the  red and white Christmas Canes we know today. However, there is a legend in Christan circles written in the poem seen below.
Christmas Candy Cane Poem

Look at the Candy Cane
What do you see?
Stripes that are red
Like the blood shed for me
White is for my Savior
Who’s sinless and pure!
“J” is for Jesus My Lord, that’s for sure!
Turn it around
And a staff you will see
Jesus my shepherd
Was born for Me!
Christmas Trees

Many ancient people groups believed in sun gods. They also believed that bringinging in evergreens and other life affirming plants would help the sun god heal. This all happened around December 21 the Winter Solstice. This is the pagan beginnings.

However, Christians began to look at trees in the  late 16th century as a way to express their belief in the everliving God in the 16th century/. The country of Germany is credited with the Christmas tree. Here in the US it is said the first Christmas tree was found in Pennsylvania Dutch Country in the 1830”s. Legend says it was the German Protestant Minister
Martin Luther on the way home from a sermon seeing the stars through the boughs of an evergreen tree; used a tree and candles to show his family the beauty he saw.

Fruit cake was a way to preserve a food source. Someone could bake a bread filling it with nuts, fruit, and seeds from the harvest and then preserve it by pouring alcohol over the loaves once a month. Fruit cake will remain edible as long as it is doused every so often. They have been known to last over ten years. The cakes were served during the Victorian era as a tea cake in England. It was very popular in the US in the late 19th and early 20th century. I suspect because it is so labor intensive to make. It has gone by the wayside for many home bakers.

We have all seen a picture of Mary and Jesus as a baby. I especially like to see the whole Nativity scene with animals, Shepards, Wisemen and all. This depiction of the Savior's birth is both heartwarming and humbling.  Luke 2 gives the full details of the story from conception to birth. Though historians and the habits of sheperds tell us that more than likely these events happened at a warmer time of year; these events somehow seem more special having taken place in winter. From my point of view the most heart tugging point of the story is that the King of Glory thought it fit to show the world His great humility by being born in a stable, while the "kingmakers" found the way to Him by following a star.

Unto us a Son is given. This verse in the Bible is found in Isaiah 9:6 and reads:
For unto us a Child is born,
Unto us a Son is given;
And the government will be upon His shoulder.
And His name will be called
Wonderful, Counselor, Mighty God,
Everlasting Father, Prince of Peace.

Giving is a large part of the season. It was Luke in Acts 20:35 who told us: It is more blessed to give than to receive. I think this is a real value our children can benefit from learning. One important thing to remember is the appropriate time to approach these lessons is between five and six years of age. These lessons may include getting your big kid to gather all his baby toys to take to the local shelter or getting her involved in the planning of getting her  gift for Grandma. When teaching these lessons it is important to let the child see the results of their giving. Kids need to see the joy others get when they receive a gift.

Love is the ultimate theme of Christmas

it was Jesus who told us in John 3:16 “That God so loved the world that he gave His only begotten Son, that whoever believed in Him would receive everlasting life.” Ultimately this is the true gift of Christmas. It is impossible to separate out the myths, folklore, and questionable portions of our Christmas traditions. After all those who are Christians brought these with them into their new walk. However, placing the sacred above the folklore and trusting our Savior to take care of the rest is our responsibility. Also, teaching our children to know and recognize the differences gives them the knowledge to choose and understand how and why they celebrate.
Posted by B arbara Harvey at 9:46 PM