Effective Parenting: Focus on the End not the Beginning 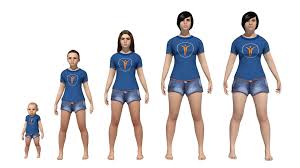 I call parenting the toughest job you wll ever love and hate! This is the most uniqye job in the world because it asks you to help someone who is new to the world or someone who has benn bruised and battered by the world and give to them everything they will need to grow into an authentic and productive menber of the city, country, and global world to which we all belong. It feel daughning and it is exacting. But, this person is cute, loving, kind, funny, sometimes angry , scared, scarred, and overwhelmingly vulnerable. So, how do you do this job with love, support, discipline and even sterness, expectations, and support all at once?

Over the years I have learned that being a great parent begins with knowing yourself, what you believe, what is important to you and why it is important. This is the foundation of authenticity. This is the number one thing that adults need to parent effectively. Why? The answer to this question lies in the fact that children especially ypung childen are keen observers. They spend endless hours observing the world around them, looking at what parents say and do consistently. As an early childhood teacher, I would tell parents I knew what was going on in their home by watching their children. 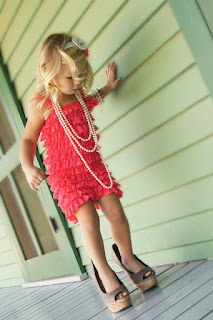 Once when I was observing in the three year old class room a little girl named Lin was in the hous keeping area. She put on a fether boa, a larg floppy hat and high heel she told her friend she would be back. She went to the art area and drew a picture, she went and got her snack, she asked the teacher a quetion, and then headed back to the housekeeping area and yelled; "Honey, I'm home". I have to tell you to this day it is the cutest thing I have everseen aloth that young lady is now probably 25. When her mom came to get her later that day I just had to ask. When you go out and come home do you usually say, "honey, I'm home?" she looked a bit startled and said yes, then I told her the story. She laughed and said they will give you away won't they, I smiled and nooded. 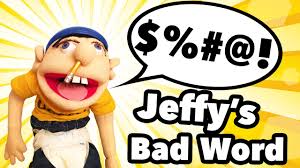 Later, when I was a center director at a military installation. I had a four year old David who everytime he made a mistake a certain four letter word would come out of his mouth. When I called Dad into my office to discuss he issue, he turned beet red, told me his wife warned him about his mouth, and  said he would talk to him. Several weeks later I was giving the classroom teacher a break when David made a mistake on his coloring page. Ge said, the four letter word and then said "oh I mean fiddle sticks". Then looked at me I smiled at him and winked.

The point I am illustrating with these stories is that your children will mirror who you are. The will highlight to you both the things you love and hate about who you are; so by working on yourself first you are changing that model for your children. One thing most people do not know about kids is that they will take a full 80% of what they see from their parents into their adulthood and only 20% of what they hear. This means your actions carry a heavier weight in your parenting than what you say. Thus, the saying actions speak louder than words is key to the process of effective parenting.

It is difficult for most new parents to look at their child and realize in just a few short years they will be groown and off to college. When you have this little bundle of joy it is hard to remember the bulk of your relationship with then wil be as adult to adult. I realized earlier this week that the great anxiety we all had over the issue of Y2K was twenty years ago. Time really does fly. If you had a child in 1999 tget wukk tyrb 20 this year that is how fast time flies. Babies born during the time of 9-11 turn 18 this year.What I am saying is many times we worry about our kids and what is happening in their lives today. But, the best thing for us to do is to be concerned primarily with who they will be as they leave your home to begin creating homes of their own.

I think this is extreamely important because it will take the pressure off you wanting your child to be perfect. No one is perfet. All we can expect is for our children to do their best. If what we do is help them to think before they act. Get them to know the rules and understand how those rules apply to thhem.  Then teach them to use the rules to govern their behavior, attitudes, and how they relate to others. Then hold them accountable according to their age and understanding, only then can we begin to expect them to create the person they will grow into as an adult. Until then they are going to make the same mistakes we did and many times still do. Give your kids room to be human.

Parenting with the Future in Mind

The ultimate goal of parenting is to send your child into the world ready to take it on and win. This means preping them to be successful. There are five things to focus on here.


One of the reasons this is the toughest job you will ever love and hate boils down to one of my favorite sayings: "Your children are not yours, they are on loan from God". What I take this to mean is God sent your kids here wit ha purpose and that purpose is to serve Him. They serve Him by doing what He has sent them here to do. If you make that your focus; them you will become one of the most effective parents on the planet.

Believe in Parenting
Posted by B arbara Harvey at 9:16 AM