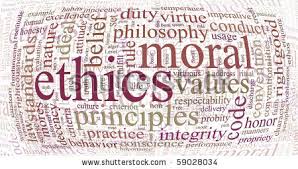 Charater/Moral Development is a two edged kind of learning. Childen can learn to be kind or to be cruel. The final stage of this development goes far beyond the early stages of moral character such as empathy. True moral maturity is seen in the ability to recognize the suffering of others and then to go a   step further and intervene and put a stop to it.

There are many factors which affect the development of morals. The first is the example set by family members. Research shows that the foundation of moral development is set by age four. Children learn the values of caring,k support, helpfulness, and volunteering by watching their parents. They can also learn the negative aspects of anger, fear, vindictiveness, and bullying depending upon the kind of relationships they observe in their first five years.

However, there are other things which play into this character development. Things like group think, social media, and how well children learn to interact with others and make friends.

When I was 13, I was unfortunate enough to be tje only girl with boobs. I am not talking about training bra boos. I was a 36C. Needless to say I was popular with the boys and hated by the girls. I have an obbious crush on the star football player, his girl friend head cheerleader did not like that not one bit I was surrounfed by a group of girls and taunted for several minutes before the teacher came in and rescued me. It still haunts me a little bit. Group think in many ways can encourage bullying and poor moral development.

However, group think can also be positive take the case of Marlee who received great support from her classmates. This young lady who was suffering from a battle returned to school to see 80 of her fellow students who had shaved their heads in order to support her!

Interestingly enough the antidote of too much social media is actual human interaction. Tens who have a rich and varied group of friends they spend time interacting with helps to not only develop the skills of morality and social development. It helps to put the ills of social media in check. It turns out the human interaction and being with other people seeing facial expressions, body language and hearing voice inflections go a long way in developing maturity.

The truth is many adults do not expres moral maturity. We see other adults mercilessly ridiculing someone in the office and say nothing. We often hear of someone being hurt or killed in front of witness with no one stepping in. So, it is not surprising we see so little of it in today's teens it has not been modeled for them. Your exercises this week are going to be about this fact and what you want to do about it.

Take this week to think about moral maturity and how it looks both in your life and the life of your teen. Decide if you are happy with the results. If you are move on if not perhaps you and your teen can read some books on the subject Inc Magazine has a list of books on the topic to read before you are 30. This would be a great way for you and your teen to grow together inthis area!